MyJustice works to increase capacity within communities to understand and apply rights.

MyJustice and its partners increase people's ability to understand and apply rights. We build awareness on legal rights and service options in communities and strengthen community-level organisations. We promote engagement on justice issues nationally through mass media and digital platforms.

Activities cover a variety of rights-related themes and multiple methods and tools are used to improve legal awareness. These range from participatory community ourtreach, theatre, peer education entertainment to initiate conversations on justice and give everyone a voice. This work tackles issues such as women's rights, child rights, LGBT rights, land rights, labor rights, human rights and other associated rights. In our first four years, we have engaged over 123,000 people through legal awareness events in communities.

If we understand the laws we have, we will know what is good or bad within them.
—Ye Yint Htun, Country Programme Director, Namati

The programme also builds awareness on justice-related issues nationally through mainstream media platforms. In collaboration with media professonals, MyJustice helped produce the second season of The Sun, The Moon and The Truth. The ten-episode drama series with intrigue, heartbreak and the triumph of truth set in a fictional village addresses the public knowledge gap on justice through edutainment. The use of star power drew in audiences, airing to over a million TV screens in September 2018 through MRTV, Myawaddy, Mizzima, DVB, Facebook and gaining over 250,000 online views on Youtube. You can rewatch the whole series on the British Council Youtube channel here.

It reflects my reality, so I can really feel the scenes. I can’t even sleep until the episode is finished.
—Sun, Moon and the Truth testing respondent, rural Bago region.

MyJustice initiated Pyaw Kya Mal, or ‘Let’s Talk’, an integrated media campaign that invites the people of Myanmar to engage and talk about justice solutions. Using mass media entertainment along with strong messages rooted in data, the campaign was rolled out on television, radio, Facebook and community platforms across Myanmar from October 2018 and culminated in We Rock for Justice—a concert featuring leading Myanmar bands who sang for Justice.

Pyaw Kya Mal spreads the word about how important it is to talk, listen and support each other in the quest for justice through channels traditionally not identified with justice related campaigning. Over six months, the campaign reached over 22 million people through broadcasting, over 30,000 people attended community mobilisation efforts, mall events and the rock concert and 2.2 million people were reached via social media. 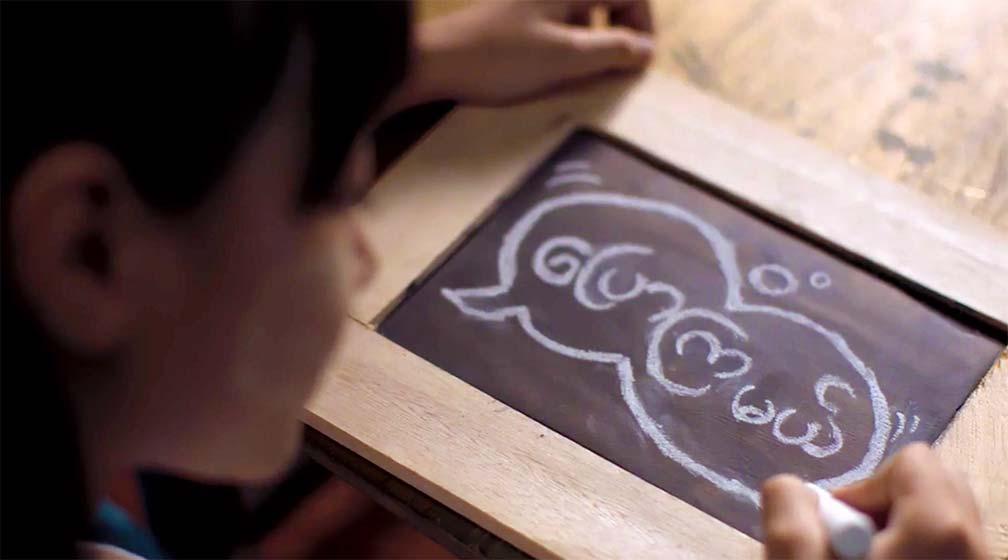 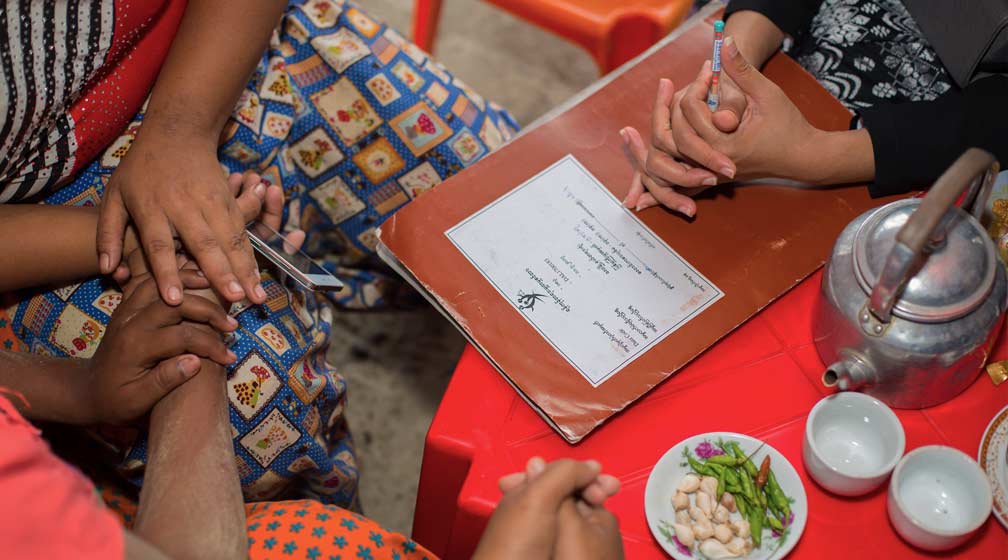 MyJustice ensures that justice services are available, are of a high standard and meet the needs of communities.